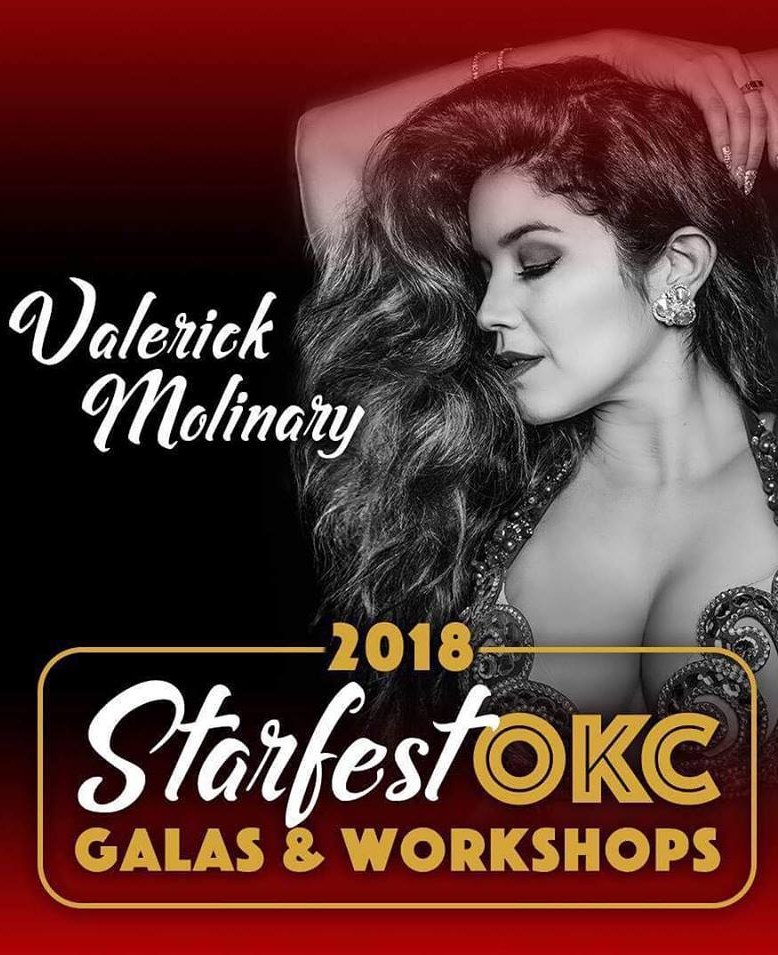 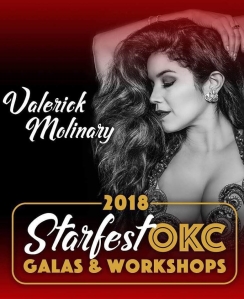 The very beginnings of my interest in belly dance are somewhat fuzzy these days. It’s been a fair few years since I dipped my toes into this glittery sea, but I distinctly remember my initial interest was sparked by “sensual belly dance.” A video of Blanca’s performance from her Sensual Bellydance DVD was the clincher for me, and was the first dance DVD I ever purchased.

I can’t say that it is a style I’ve performed much. I tend to pick more upbeat pieces for shows. You only get the one slot, after all. I think I also have shied away from more sensual performances because I’m not exactly well proportioned for the bedlah, and I’ve yet to find an Oriental style dress that fits both my body and my budget.

Even so, I relish the sensuality of belly dance. It makes me feel sexy even though I don’t particularly think I am. So, of course, I was extremely excited for Valerick Molinary’s Natural Sensuality workshop at StarFest in Oklahoma City this year.

I’ve never been uncomfortable with sensual movement. I can’t say I’m terribly pleased with what it looks like on film, but that’s more to do with my own insecurities about my body and weight than anything. But the workshop reminded me of how I’ve always been a proponent of getting lost in the music. Another dancer in the workshop commented on how, rather than projecting outward, I draw people inward.

In one of the novels I’ve been pecking at for several years now, I incorporate art, and dance specifically, as elements of worship, as how better to honor our creation, but with the gift of creation we have been given? Within the story, the definition of a good dancer is one who can be consumed by the music and almost forget there is an audience at all. It is the ability to make the audience lose themselves right along with you.

This is fiction, of course, but I think it jives well with how I feel as a dancer. I joke about how I step on that stage and blackout for those few minutes I’m up there, as I get lost in the moment and can’t remember what I even did when I step off the stage. I don’t count. I don’t choreograph. I dive into the music and let it move me. And then I cringe at the footage when I do something not terribly appealing, but we’re all our own worst critics.

The fact that I can even dance in front of people at all is pretty amazing, since I have crippling social anxiety and a long history of stage fright. I have never been one to draw attention to myself in any big way. So…naturally, I nearly had a heart attack when Valerick had me get on the stage twice during the workshop.

The first time wasn’t so bad, as everyone was also dancing and she was up on the stage as well. However, the second time I panicked. I’m not a pro. I don’t claim to be. I never intend to be. I don’t have the social ability or the business savvy for it, and I don’t necessarily think I’m good enough to be a pro anyway. I have a long way to go in my studies, and I know that. So being asked to get up in front of about 50 other women, half of which are pros of some kind, as well as two rather famous professional dancers to perform the choreography by myself was intimidating to say the least.

I screwed up the first time. I couldn’t remember the steps, probably because I was terrified, but I didn’t run out of the room screaming when I was asked to do it, so I did good. I managed to make it through it, even though I’m awful at chaine turns. And I’m sure it probably looked…um…sketchy. There is a video of it somewhere on someone’s phone, but I don’t know if I want to see it.

I did it though. People clapped and cheered. I have to say, I love how supportive the dance community is around here. It’s done wonders for my self-esteem. And being called the “sensation of the weekend” by Valerick Molinary was pretty freaking insane. Maybe I’m better than I think. At the very least, I do sensuality well, I guess.

I’m still reeling from this experience, honestly. That workshop was probably one of my favorites, and not because I was complimented by the teacher, but because sensual belly dance is what got me into this. Finding this dance and this wonderful community is one of the best things that’s happened to me and has become one of my greatest passions in life.

I’m a writer by trade, but dance, dance is my joy.

It’s finally here! The long awaited footage of the shows from StarFest 2017 hosted by the wonderful Aalim Bellydance Academy of Oklahoma City. I was to learn from the amazing Karim Nagi, who is a wonderful teacher, an awe-inspiring musician, and really really funny. I greatly enjoyed the experience and I learned a lot from his music and rhythms classes. I’ve recently ordered his Finger Cymbals DVD to go along with my new Turkish Delight Professional zills from Saroyan Mastercrafts by way of Dahlal Internationale. I can’t wait for it to arrive.

I had a wonderful time. I was able to spend a whole week with Evryn and her husband leading up to the event. I spent a fabulous weekend of dancing, and I picked up my second costume, the red Fifi Abdo dress featured in Saidi Sass. I can’t wait to see what happens this year.

So, after months and months of anticipation, I present my piece from the Friday night show of the Star Fest 2017 festivities. It’s baladi, of course, my one true love. The music is Tahtil Shibbak by Fatme Serhan. The costume is a Queen Hanan galabeya from Neenee’s Imports. 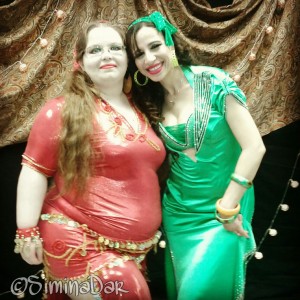 I cannot begin to describe the excitement I felt when I heard Nada el Masriya was coming to Tulsa. She was one of the dancers I had come across in my previous explorations of the baladi style, and I adored her energy and her attitude. I couldn’t wait to learn from an actual Egyptian woman, a native of the culture I have fallen in love with.

The first day was four hours of just baladi, my dance bread and butter. Working with her was an absolute joy and I learned so much about the cultural context of the style and the idea of the character of the baladi woman. I had heard of the concept of characters in Egyptian dance, but I’d not really learned about the idea. As she described it, I began to realize why I connected so strongly with that style.

She said a baladi woman is a strong woman, confident, fully embracing her femininity and her sexiness, but still ready and willing to get her hands dirty to help people and take care of her home and her family. She is beautiful, yet unrefined. Earthy and grounded. She is voluptuous and her movements are deep and gooey.

As a large-bodied dancer, I can’t begin to describe how inspiring that one statement was. I mean, I’ve got that 100 kilo thing covered. I’ve always been fairly self-conscious about my body, especially when I first got into the workshop scene, surrounded by all the lovely professional dancers with their shapely, much thinner bodies. But the dance community has always been one of the most accepting and supportive groups of people when it comes to appearance.

But hearing that the goal was to dance like I weighed what I already weighed? Yeah, that felt good.

She still kicked my butt though, and the butt of everyone else in the class. I never thought dancing baladi could be so strenuous. Finding that deep movement was difficult. When I woke up the next morning, muscles were hurting that I didn’t know could hurt. I mean, my hips hurt. Like, how? I always come away from a workshop weekend with sore legs and feet, but we found some muscle groups I didn’t even know existed.

I loved it. I loved everything about it. I learned about the character, the attitude, the movement, the culture, and even the styling. I did Saidi that night at the show, but I did baladi hair per the description Nada gave, and I think it turned out well.

Honestly, I can’t wait to study with Nada again, and I know my dance will be infinitely improved by my experience this past weekend.